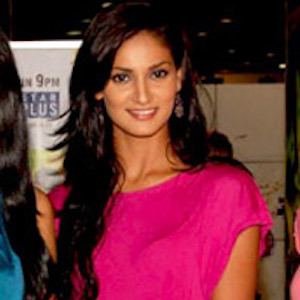 Contemporary dancer known as one member of the Masakkali Girls who won the dance reality show Zara Nachke Dikha. She also competed on the sixth season of Jhalak Dikhhla Jaa and Fear Factor: Khatron Ke Khiladi.

Her first appearance in entertainment was acting in 2007 in the film Blood Brothers.

She has had a number of acting roles in feature films such as Hate Story and Kaanchi: The Unbreakable.

She has three sisters. Shakti is a dancer, Neeti is a singer, and Kriti a talent manager.

Mukti Mohan Is A Member Of