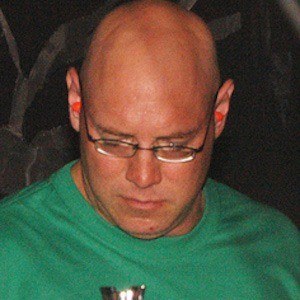 American drummer best known for being a member of the seminal alternative rock band Dinosaur Jr. He played with the band from 1984 to 1993 before rejoining in 2005.

He played in the hardcore punk band All White Jury before joining Dinosaur Jr.

During his 12-year hiatus from Dinosaur Jr., he played with the Boston-based band The Lemonheads.

He and frontman J. Mascis are two of the three founding members of Dinosaur Jr.

Murph Is A Member Of