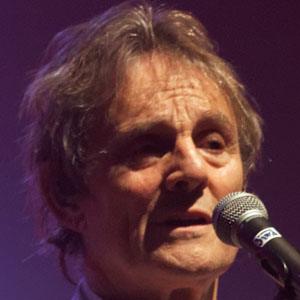 Singer best known for his song "Superstar" from the hit 70's musical "Jesus Christ Superstar". He has also been active in the film world, co-writing the script for 1999's "Les Enfants du Siecle".

He was a struggling musician during the 60's until he was offered the role of Judas Iscariot on the album "Jesus Christ Superstar".

He has appeared as a character actor in films like 1971's "Sunday Bloody Sunday".

His father, Seafield, was a documentarian while his mother, Helen, was an actress.

His brother, Anthony Head, became famous for playing the role of Giles on the hit 90's TV drama "Buffy the Vampire Slayer".

Murray Head Is A Member Of