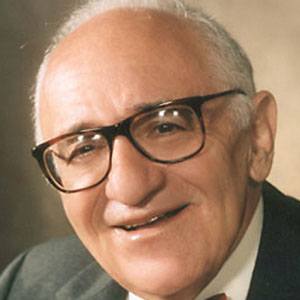 Known for his 1962 work Man, Economy, and State, this political and historical author and economist is also recognized for his contributions to the Libertarian political philosophy. He was involved in the Heterodox economics movement and wrote for several publications allied with this school of thought.

After graduating from Columbia University with a degree in mathematics, he returned to the same institution to earn a Ph.D. in economics.

His late-career publications include An Austrian Perspective on the History of Economic Thought and The Case Against the Fed.

He was happily married to JoAnn "Joey" Schumacher from 1953 until his death in 1995.

Though he had earlier harshly criticized Ayn Rand's ideas, he praised her 1958 novel Atlas Shrugged.

Murray Rothbard Is A Member Of