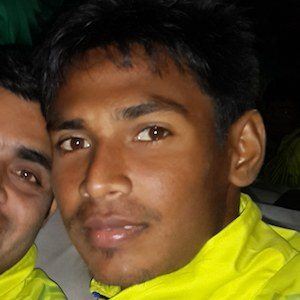 Bangladeshi bowler whose promising talent was realized when he became the first person to be named Man of the Match in both his Test and ODI debuts. He took 11 total wickets in his first two ODI appearances.

He grew up playing as a batsman and like the sport so much he would skip school to play. After transitioning to bowling, he was named to the Bangladesh U19 team in 2014.

He made 2015's ICC ODI Team of the Year, the first cricketer from Bangladesh to earn the honors.

He was born to Abul Qasem Gazi and Mahmuda Khatun and has five siblings.

He and Mohammad Irfan have played together on the Dhaka Dynamites.

Mustafizur Rahman Is A Member Of