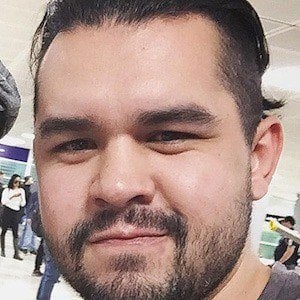 Mexican YouTube comic enthusiast who is widely known for his eponymous channel. He has gained popularity there for his discussions of comic books, including their film, TV, and video game adaptations.

He has amassed more than 550,000 subscribers to his YouTube channel. One of his most popular videos there, "Secretos del Trailer - Captain America: Civil War #2," has earned more than 1 million views.

He and Andres Navy are both known for their YouTube comic book discussions.

Mylo Brizuela Is A Member Of