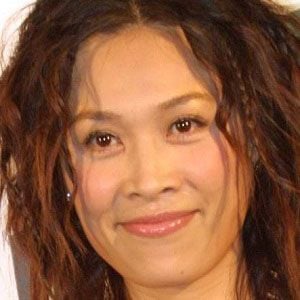 Mandopop singer who has become one China's most popular modern singers, having sold more than 10 million albums during her career. In 2012, she gained even more popularity by becoming a judge and coach on the reality singing competition The Voice of China.

She joined the Liaoning Juvenile Broadcasting Chorus in 1979 and won several local singing contest in the 80's.

Despite a nine-year absence from music, she reached the top of the Chinese album charts with the release of her album So...What? in 2011.

She has a son with Chinese soccer player Gao Feng, from whom she separated in 2005. She later married and had a daughter with Meng Tong.

She is friends with singer Faye Wong, with whom she sang the duet "Meet in '98" at the 1998 Spring Festival Gala.

Na Ying Is A Member Of