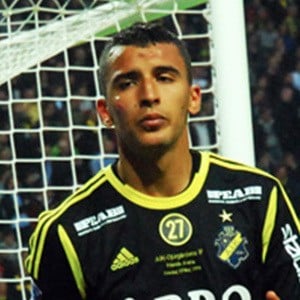 He first started his youth career in 1996 when he played for the Malarhojdens IK club. He then joined the IF Brommapojkarna club in 2003 before making his senior debut with the club in 2008. He started playing for the Sweden Under 19 national team in 2010 before joining their senior squad in 2014.

As a part of the Swedish national team, he participated in a match against Austria as part of the 2016 European Championship qualifiers.

Other players also known for their work as a winger on the Swedish national team include Sam Larsson and Freddie Ljungberg.

Nabil Bahoui Is A Member Of