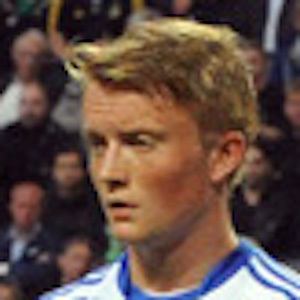 His youth career first began with the IK Zenith club and he later transitioned to the IFK Goteborg club where he made his professional debut in 2012. He began playing for the Swedish under 21 national team in 2013 and joined the Sweden national team in 2016.

He has earned several honors and awards for his playing including the UEFA European Under 21 Championships in 2015 as a part of Sweden's under 21 national team.

He is the younger brother of fellow professional football player Daniel Larsson.

He played alongside Robin Olsen and Mikael Lustig as part of Sweden's national team during their 2017 season.

Sam Larsson Is A Member Of