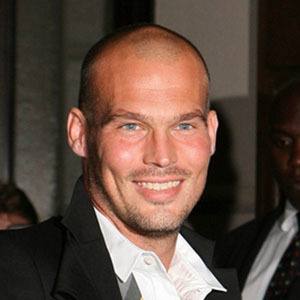 Swedish professional football player who was known for his work as a winger for several clubs including Chicago Fire, Celtic, and Mumbai City. He is also know for having played on Sweden's national team and also worked as a coach for the Arsenal Under 23 squad.

He started his youth career playing with the Halmstad academy. He then made his professional debut with the squad in 1982. In 1993, he started playing for several Swedish youth national teams. He then retired in 2014 after playing with Mumbai City and started his coaching career in 2016 with the Arsenal Under 15 team.

He was awarded MLS Best Player of the Month in October of 2009 and Swedish midfielder of Year during multiple seasons including 1998, 2002, and 2004.

He was born and raised in Vittsjo, Sweden and shared a photo with his wife to Instagram in June of 2014.

He was coached by Arsene Wenger when he joined the Arsenal club in 1998.

Freddie Ljungberg Is A Member Of