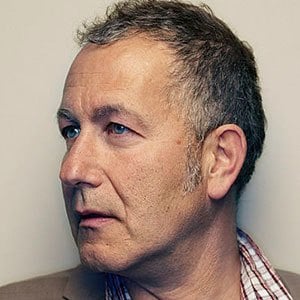 Israeli photographer who is known for his unique portraits of celebrities often featuring dramatic lighting. His work has been featured in the New York Times and he shares additional photography through Instagram for his over 70,000 followers.

He first started taking pictures on his Pentax camera at the age of 13. He started gaining experience when he joined the Air Force and worked as a photographer. He started sharing his works through Instagram in March of 2015.

He photographed Victoria Beckham for the cover of Guardian Weekend Magazine in January of 2019.

He was born in Tel Aviv, Israel but was raised in South Africa. He has three children Oren, Ella, and Talia.

He shared a photograph he took of Rosamund Pike promoting Gone Girl to his Instagram in March of 2015.

Nadav Kander Is A Member Of