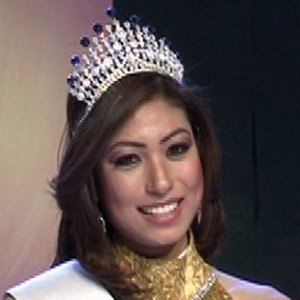 Nepalese model and beauty pageant winner who is known for having been crowned Miss Nepal Earth in 2012. She is also recognized for representing Nepal at the 2012 Miss Earth pageant where she placed in eighth.

She worked as a VJ for the Image Channel's Music of Your Choice.

She was the third runner up at the 2016 World Miss University pageant held in China.

She is originally from Nepal.

Both she and Prachi Mishra competed in the 2012 Miss Earth pageant.

Nagma Shrestha Is A Member Of