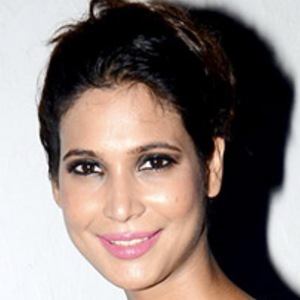 Indian beauty who gained fame in 2012 after she won the title of Femina Miss India Earth. She was also named Miss Congeniality during the pageants sub-contests and went on to represent her home nation in the 2012 Miss Earth competition.

She earned a bachelor's degree in computer science at Hindustan College of Science and Technology. She later worked as an investment advisor for Standard Chartered Bank.

Before winning Femina Miss India Earth, she first won the title of Radio Mirchi in Pune in 2011.

Her father worked as a district judge in Uttar Pradesh and her mother was a homemaker. She has dated actor Mahat Raghavendra.

In the 2012 Miss Earth competition, she competed against Venezuelan representative Osmariel Villalobos.

Prachi Mishra Is A Member Of