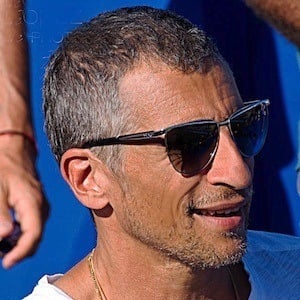 French television personality who became a household name as the host of the game shows The Vault, Winning Lines and Everyone Wants to Take His Place. He is also a radio host who has served as the voice of shows like La Bande Originale.

He graduated from the University of Nice Sophia Antipolis. He made his television debut on M6 in 1987.

He made a cameo appearance in the romantic comedy My Wife Is an Actress (2001).

He married actress Mélanie Page twice; first in 2009 and again in 2010. He has children named Roxane, Adrien, Annabel and Nina.

He and Mark McGrath have both hosted versions of the game show Don't Forget the Lyrics!

Nagui Is A Member Of