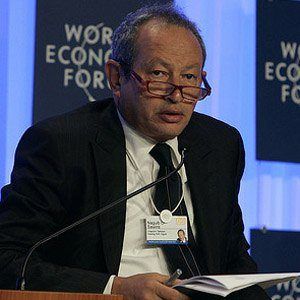 He founded WIND Telecom in 2005 and in the same year, became a member of the New York Stock Exchange's international advisory committee.

He studied Mechanical Engineering and Business Administration at the Swiss Federal Institute of Technology in Zurich.

He served on the board of the Supreme Council of Sciences and Technology, which was created under the mandate of Egyptian President Hosni Mubarak.

Naguib Sawiris Is A Member Of