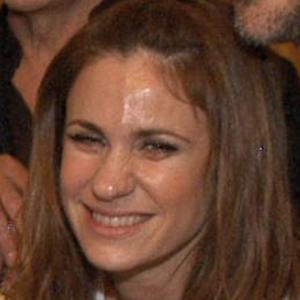 Television and film actress, she is best known for her roles in the 2002 hit romantic comedy Apasionados and for her various roles on popular Argentinian television series including 099 Central, Montaña Rusa, Socias, and more. Her television series La Leona, in which she stars with her husband, was set to release in 2016.

She began her studies in graphic design but decided to quit university after two years. She instead got an apprenticeship at a local theatre and received formal stage training and parts in plays there. Her debut role was from 1994 to 1995 in the television series Montaña Rusa, where she had a highly publicized off-screen romance with her co-star Gaston Pauls.

She received a Martin Fierro Award for Best Actress for her role in 099 Central.

She was married to Matias Martin in 1998 and they had one child named Luca Martin together. They divorced in 2000. She met Pablo Echarri in 1998 on the set of El Desvío. When they reunited onscreen in the 2002 film Apasionados, they were love interests on screen and began dating off screen. They married in 2007 and had two children, Morena and Julian.

She was on the television show Graduados with Gaston Soffritti.

Nancy Dupláa Is A Member Of