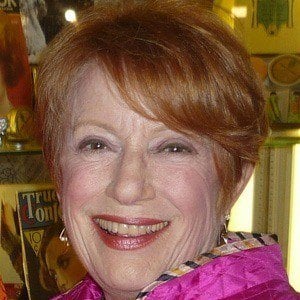 Actress who earned Tony nominations for her performances in the 1960s Broadway musicals Do Re Mi and Bajour. She also starred in Into the Woods and The Sound of Music.

She graduated from Northwestern University.

She and David Hartman were the first anchors on Good Morning America when the program premiered in 1975.

She was the Florida-born daughter of Sarah Isabel and naval officer George Adrian. She attended high school in Arlington, Virginia.

She played the onscreen wife of Ted Knight on the sitcom Too Close for Comfort.

Nancy Dussault Is A Member Of