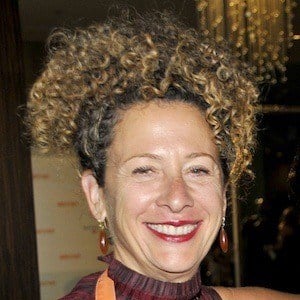 Chef who won the James Beard Foundation's Outstanding Chef Award in 2014. She is a strong proponent of sourdough and artisan bread. She has more than 220,000 followers on her nancysilverton Instagram account.

She was a political science major at Sonoma State University but had an epiphany to become a chef her freshman year.

She dropped out of school to find formal training as a chef at Le Cordon Bleu in London. She was hired for Wolfgang Puck at Spago's in 1982.

Her mother Doris wrote for the soap opera General Hospital, and his father was a lawyer.

She and Tess Ward both studied at Le Cordon Bleu.

Nancy Silverton Is A Member Of