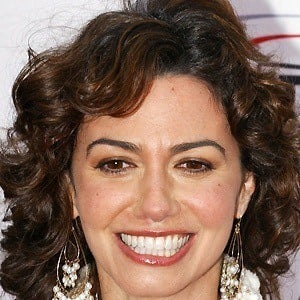 Actress who played Samantha Thomas in twenty-three episodes of Baywatch. She also guest-starred on Saved by the Bell, Hull High, CSI, Miami Vice, and Friends.

She grew up in New York City and Fort Lauderdale, Florida and had become a model by the time she was twelve.

She studied at Uta Hagen's acting studio and later turned down a theater scholarship to the University of Florida to pursue professional performance opportunities.

She and Patrick Dempsey co-starred in the 1989 film Loverboy.

Nancy Valen Is A Member Of