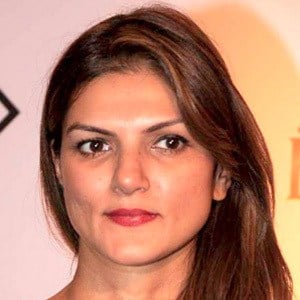 Fashion and interior designer whose eponymous womenswear company made her one of the most in-demand designers in India. She has also been a personal stylist for celebrities like cricketer Virat Kohli.

She co-created a social media app aimed at the affluent called Playground.

She was previously married to actor Sanjay Kapoor.

She co-founded Playground with actor and model Dino Morea.

Nandita Mahtani Is A Member Of