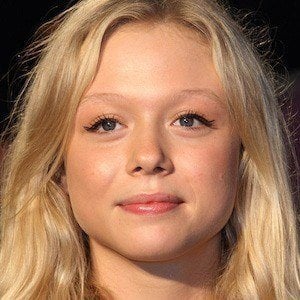 Actress most well known for portraying Gabriella Wark in the BBC drama Waterloo Road. Some of her other notable roles include Ellie Delfont-Bogard in Crossing Lines, Toyah in My Almost Famous Family, and Verity Todd in The Indian Doctor.

She earned her first acting credit in a 2008 episode of The Bill as Miranda Roscoe.

She has had recurring roles on shows like Doctors and Some Girls.

She has an older sister named Allie. She was born in Hallaton, Leicestershire.

She appeared as Miriam Fairbun in the 2012 film Blood starring Paul Bettany and Stephen Graham.

Naomi Faye Battrick Is A Member Of