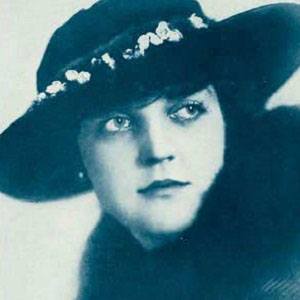 Remembered for her roles in such silent films as After His Own Heart (1919), Earthbound (1920), and Restless Wives (1924), she is perhaps most famous for her Joan of Arc-based character in the 1917 movie Womanhood, the Glory of the Nation.

She began performing when she was just three years old and, at age ten, starred in productions of Alice in Wonderland and Red Riding Hood at St. Louis's Odeon Theater.

She performed in the Broadway production of Ready Money.

The child of British parents, she was born in Pottstown, Pennsylvania, and raised in St. Louis, Missouri. Before ending in divorce, her marriage to screenwriter Luther Reed produced one son.

Hollywood producer Louis B. Mayer supported Childers in her later life by signing her to a lifelong MGM contract and allowing her to make uncredited appearances in many mid-20th-century sound films.

Naomi Childers Is A Member Of