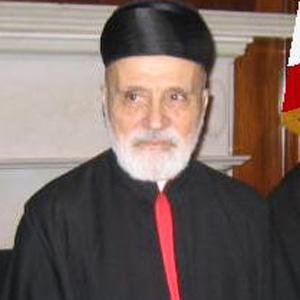 Former leader of Lebanon's largest Christian body, the Maronite Church, who served as patriarch emeritus from 1986 to 2011.

He obtained degrees in philosophy and theology from Saint Joseph's University in Beirut in 1950.

He supported the Taif Agreement in 1989 that ended the Lebanese Civil War.

He was raised by his parents in Beirut.

He was elevated to the cardinalate by Pope John Paul II in 1994.

Nasrallah Boutros Sfeir Is A Member Of