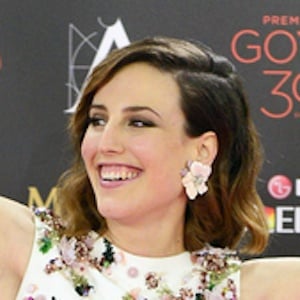 Spanish film and television actress who is best recognized for her recurring role as Maria del Mar on the 2016 series Web Therapy. She is also known for her roles in the films En tu Cabeza, Techo y Comida, and Temporal.

She has won two Goya Awards for Best Actress including for her role as Rocio in Techo y Comida and for playing Belen in the 2013 film Vivir es Facil con los Ojos Cerrados.

She was born and raised in Linares, Spain.

Natalia de Molina Is A Member Of