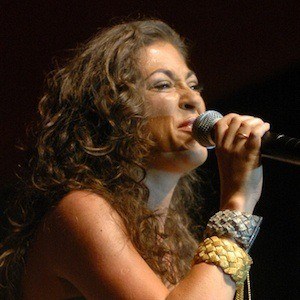 Singer whose music has incorporated genres like pop, electronic and R&B, as heard on hit songs like "Dłoń", "Piosenka Swiatłoczuła" and "Wierność Jest Nudna." She has appeared as a judge on The Voice of Poland and a coach on The Voice Kids.

She began singing as a child in 1984. Her first album, Natalia, was released two years later.

Her album Puls (1997) was certified platinum

She is the daughter of singer Anna Jantar and composer Jarosław Kukulski. She married drummer Michał Dąbrówka and has children named Anna, Jasiek and Laura.

She was a judge on The Voice of Poland, hosted by Tomasz Kammel.

Natalia Kukulska Is A Member Of