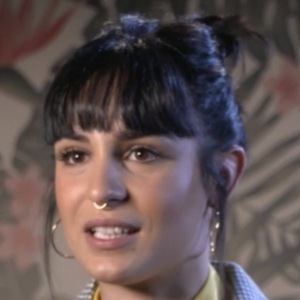 Contestant on the singing reality series Operación Triunfo who was one of the final competitors standing for the 10th series of the show.

She previously performed under the stage name of Eilan Bay. She tried and failed to advance past the audition stages of La Voz Kids España.

Her original song "Don't Ask" was a hit on YouTube. During her time on Operacion Triunfo, she sang renditions of "Crazy" by Gnarls Barkley and "The Scientist" by Coldplay.

She is from Pamplona, Navarre, Spain. She has two siblings named Elena and Santi.

She competed against Carlos Right on the 10th series of Operación Triunfo.

Natalia Lacunza Is A Member Of