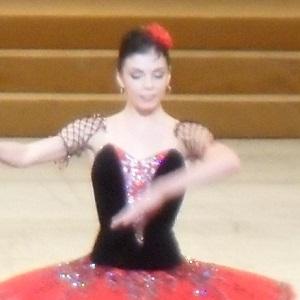 Royal Ballet principal dancer known for her title roles in such renowned ballets as Romeo and Juliet, Giselle, and Coppelia. She has also performed with the American Ballet Theatre and the Bolshoi Ballet.

She began studying dance when she was eight years old and went on to train at both the Moscow State Academy of Choreography and Russia's Mikhail Lavrovsky Ballet School.

Her numerous honors include the 2007 United Kingdom Dance Award, the Richard Sherrington Award, and the Golden Mask Award.

Born and raised in Moscow, Russia, she later settled in London, England.

During her career with London's Royal Ballet, she often performed with fellow dancer Carlos Acosta.

Natalia Osipova Is A Member Of