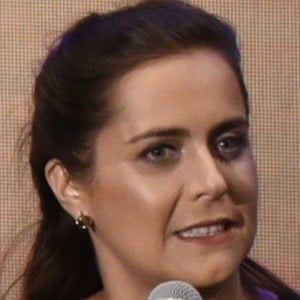 Actress, radio host, and stand up comedian known for shows Goat Girl Screaming and The Comedy Club. She has two one-woman shows on Netflix, titled Gritona and El Especial, and is the host of the radio show Cafe con Nata on Subela Radio.

She graduated from Gustavo Meza's Movie Theatre School, and completed a Theatrical Pedagogy Diploma at the Catholic University of Chile.

She got her start in television as a child, when she was part of the Clan Infantil on Saturday Giant, a long-running Chilean variety show.

She is the daughter of a social worker, Ángela González, and a merchant, Carlos Valdebenito. She has two younger half-brothers, Gabriela and Giancarlo.

She was in Hardcore, a stand-up comedy group show, alongside fellow Chilean comedian Jani Duenas.

Natalia Valdebenito Is A Member Of