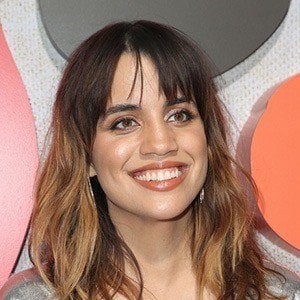 Actress who is famous for her recurring roles across television. She has appeared on the TV series Parks & Recreation as Lucy, The Grinder as Claire Lacoste, and Santa Clarita Diet as Detective Anne Garcia.

She earned her first on-screen credit in 2006 for her work on CSI: Miami.

She appeared as Clementine Barrios on the HBO series Girls from 2014-2015. She has also appeared in the films Going the Distance, Wall Street: Money Never Sleeps, and Battle of the Sexes.

She was born and raised in Kendall, Florida.

She appeared as Aziz Ansari's character's girlfriend in the NBC sitcom Parks & Recreation.

Natalie Morales Is A Member Of

Stuber
Battle of the Sexes
The Grinder
Trophy Wife