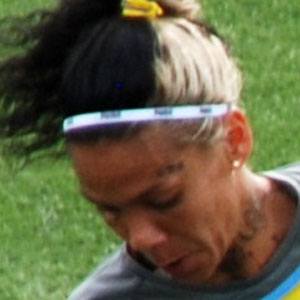 She stepped on glass when she was just five years old and doctors feared she wouldn't be able to run again, but she was able to recover fully.

She scored her first international goal on March 11, 2006 in a game against Denmark at the Algarve Cup.

She is of Filipino, Hawaiian and Chinese descent.

She played alongside fellow forward Abby Wambach on the US national team.

Natasha Kai Is A Member Of