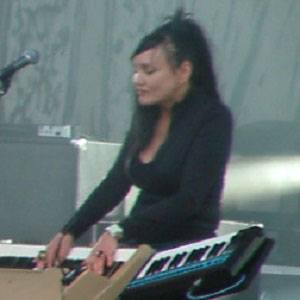 Best known as the keyboardist for the 1990s hard rock band Eleven, she also performed with Queens of the Stone Age during their Lullabies to Paralyze tour in 2005.

She was a member of a pop orchestra group called Sovremennik in the early 1970s.

On top of music, she also had an acting career, with roles in the films 2010 and Spiker and appearances in the TV series Hill Street Blues and Miami Vice.

She was born in Riga, Latvia and she married twice, to Serge Kapustin and Eleven frontman .

She was joined in Eleven by drummer Jack Irons, who was also a founding member of the California rock band the Red Hot Chili Peppers.

Natasha Shneider Is A Member Of