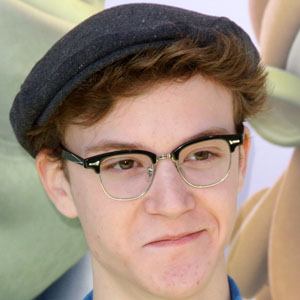 Known for playing the recurring role of Mitch the Snitch on Nickelodeon's Unfabulous, as well as for his portrayal of Wade Drennan in Drillbit Taylor. He also appeared with John Malkovich in the 2008 movie The Great Buck Howard and with Paul Rudd in another 2008 film, Role Models.

His first screen acting credit was a 2006 guest star role on The Bernie Mac Show. He went on to appear in two episodes of Hannah Montana and in national commercials for Time Warner and State Farm.

He was fascinated with magic tricks from a young age and, upon arriving in Los Angeles, was accepted into the Junior Magician Society at the famous Magic Castle in Hollywood.

He and his sister Danielle grew up in Portage County, Ohio, as the children of Rei and Michele Hartley. In his early teens, he relocated to Los Angeles to pursue a screen acting career.

He appeared in a 2009 episode of Disney's JONAS, starring brothers Kevin, Nick, and Joe Jonas.