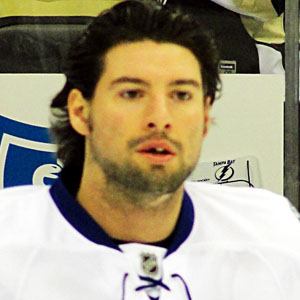 NHL center who was drafted 183rd overall by the Boston Bruins in 2003.

He won a bronze medal with the U.S. national team at the 2013 Ice Hockey World Championships.

He was born in Anchorage, Alaska.

He became teammates with Matt Carle on the Tampa Bay Lightning and the U.S. national team.

Nate Thompson Is A Member Of