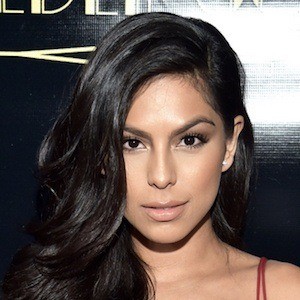 Film and television star recognized for her roles in the 2015 film Bachelors and 2017's Kiss Kiss. She has also guest starred in episodes of Baby Daddy, Westworld, and Chasing Life.

In 2004, she made her acting debut appearing in an episode of General Hospital.

An influencer known for her fashion and modeling photos, she has earned more than 150,000 followers on Instagram.

She has dated reality star and presenter Jason Craig, a.k.a. JROC.

She and her friend Erika Medina attended the launch of Frankie Rose Cosmetics together in November 2017.

Nathalia Castellon Is A Member Of