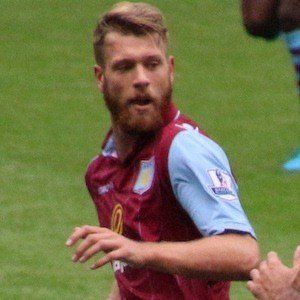 English soccer player known for his time with Aston Villa F.C. He became a consistent defensive contributor from 2012 to 2014, but injuries hampered his 2014-2015 season. After signing an extension with the club in the summer of 2015, he joined Bristol City on loan.

He grew up in Worcester with his older brother Daniel.

He and Ciaran Clark played together during their youth and senior careers with Aston Villa.

Nathan Baker Is A Member Of