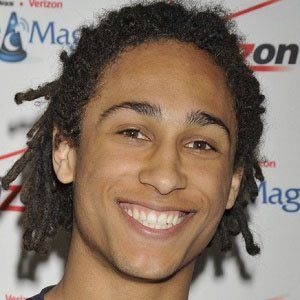 Guitarist who played with the pop-rock band Allstar Weekend from 2008 to 2011. He has since branched out as a solo artist, releasing his debut EP, IWXO Pt. 1, in 2015.

He began teaching himself to play guitar at age 10 and attended Poway High School in Poway, California.

While with Allstar Weekend, he recorded a cover of "I Just Can't Wait to Be King" from The Lion King for the compilation album Disneymania 7.

He performed alongside drummer Michael Allen Martinez in Allstar Weekend.

Nathan Darmody Is A Member Of