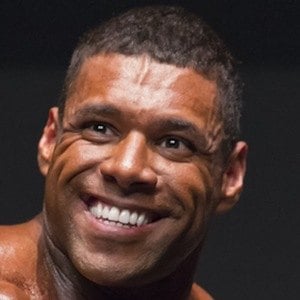 Professional athlete who has competed as part of the International Federation of Bodybuilding & Fitness. He was a contestant at the Mr. Olympia event in 2016 and has won multiple trophies in other competitions.

One of his first big accomplishments was winning the NABBA Mr. Northwest title in 2006.

He received his Pro Card in bodybuilding at the 2014 British Championships.

He was raised in Liverpool by a single mother.

He rose to fame as a competitive bodybuilder in England like Tom Coleman and Brad Willis.

Nathan De Asha Is A Member Of