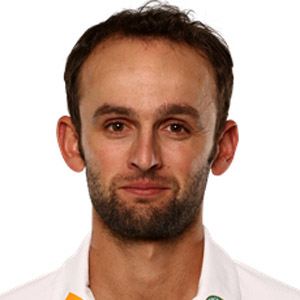 He made his domestic debut in 2008 for ACT Comets. He played for the Adelaide Strikers from 2011 to 2013, before joining the Sydney Sixers.

He made his national test debut in 2011 against Sri Lanka.

He was born in Young, New South Wales, but moved to Canberra when he was in his teens.

He took his first wicket in international test cricket against Kumar Sangakkara.

Nathan Lyon Is A Member Of