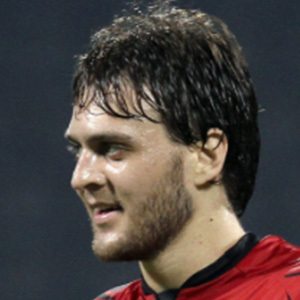 Soccer player known for his turn as  a central defender for Kashiwa Reysol on loan from Fluminense in Qatar. He's been active in the sport since 2010.

He was born in Toledo, Brazil.

He became a naturalized Qatari citizen in 2013 after living there for five years so as not to contribute to his teams foreign player quota.

He and Suelen Ribeiro have a daughter and son named Pai-Isadora and Mathias.

Nathan Otávio Ribeiro Is A Member Of