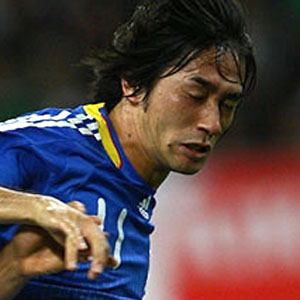 Japanese soccer player most famous for his seven-year stint at Kashiwa Reysol, where he played from 1999 through 2005. He led the Japanese national team to its third AFC Asian Cup championship in 2004.

He was the top goal scorer in East Asian Football Championship tournament in 2010.

He was born in Urayasu, Chiba Prefecture, Japan.

He and Kengo Nakamura represented Japan at the 2010 FIFA World Cup.

Keiji Tamada Is A Member Of