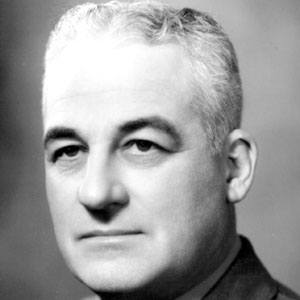 World War II hero who became Chief of Staff of the Air Force in the first decade of the Cold War.

He served in the National Guard and spent two years at West Point, graduating just a few days after the end of World War I.

He was born into a military family and was the descendant of veterans of the French and Indian War.

He was appointed in 1957 by President Dwight Eisenhower as the Chairman of the Joint Chiefs of Staff. This was the first time in history that this high-ranking military post was filled by an Air Force officer.

Nathan Farragut Twining Is A Member Of