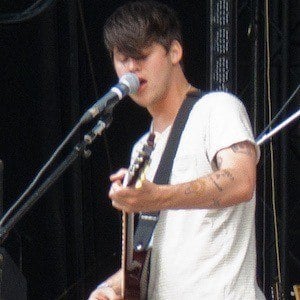 Singer and guitarist famous for being the frontman of the garage rock band Wavves, who have earned acclaim for releases like their self-titled 2008 debut and 2013's Afraid of Heights.

He grew up in San Diego, California and released several cassettes and 7"s prior to releasing his debut LP.

He and the band have performed on a number of late night shows, including The Late Show with David Letterman, and they had their music featured in the video game Grand Theft Auto V.

He has been in a relationship with Best Coast frontwoman Bethany Cosentino.

Nathan Williams Is A Member Of