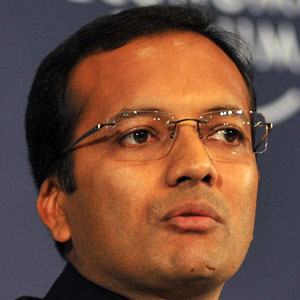 Indian Member of Parliament and Chairman of Jindal Steel and Power Limited. He is known for his socially liberal stances on issues like environmentalism and women's rights.

He received the Student Leader of the Year Award from the University of Texas at Dallas in the early 90's.

He helped to revise the Flag Code of India so that Indian citizens could wear the Flag of India in public whenever they choose.

He and his wife, dancer Shallu Jindal, founded the Flag Foundation of India.

He and Rahul Gandhi have both been notable members of Indian Parliament.

Naveen Jindal Is A Member Of