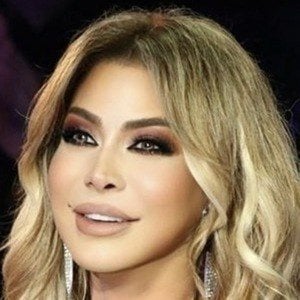 Lebanese singer of the 1990s best known for such albums as Ayza El Radd and Balaee Fi Zamany.

She released her debut album, Wehyati Andak, in 1992.

She was one of the first female Arabic singers to produce and appear in music videos.

She had three children with music business executive Elie Deeb, whom she was married to from 1990-2011.

Nawal Al Zoghbi Is A Member Of