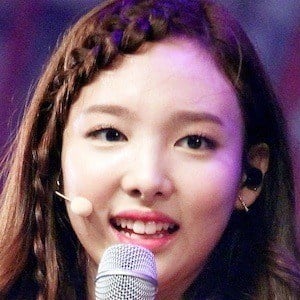 Singer known for being part of the Korean pop group Twice. The group released their debut album, The Story Begins, in 2015.

Like the rest of her bandmates, she had to compete on the reality show SIXTEEN to determine who would make the final roster.

The Story Begins reached number 3 on the Korean charts and number 1 in Taiwan, leading to a Best New Female Artist Award for the band.

She grew up in the capital city of Seoul.

Twice was JYP's first new female group to debut since Miss A, which stars Bae Suzy.

Nayeon Is A Member Of