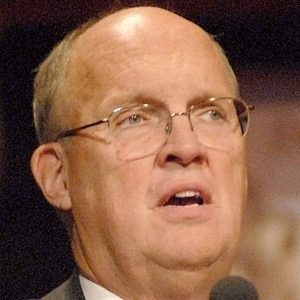 Author and former Libertarian radio show host most well known for hosting his nationally syndicated talk show The Neal Boortz Show. He has also penned books like The Commencement Speech You Need To Hear and Somebody's Gotta Say It.

He began his career as a radio announcer in the 1960s under the pseudonym Randy Neal at Texas A&M University.

He was named one of the 25 Most Important Radio Talk Show Hosts in America by Talkers Magazine.

His father was a Marine Corp pilot who served in WWII, the Korean War, and the Vietnam War. He and his wife, Donna, have a daughter named Laura.

Herman Cain was a regular fill-in host for his eponymous talk show.

Neal Boortz Is A Member Of