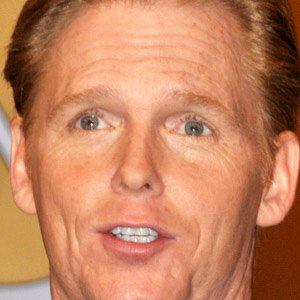 Best known for playing military men, cops, and politicians, this Alabama-born actor appeared in such films and television series as The Hunt for Red October, China Beach, JAG, Heroes, and The Unit. He also served as vice president of the Screen Actors Guild-American Federation of Television and Radio Artists (SAG-AFTRA).

At the age of ten, he began performing in community theater productions, and he went on to act in numerous plays at his alma mater, Birmingham-Southern College. He later trained at New York City's HB Studio.

Early in his career, he co-starred with Kevin Dillon in the 1987 movie The Rescue.

He and his sister Anna grew up in Huntsville, Alabama, as the children of Ed and Helen Vaughn. He later settled in Rancho Palos Verdes, California, with his wife Adelaide and his five children.

When he decided to run for the California State Assembly in 2013 on the Republican ticket, Vaughn was endorsed by SAG-AFTRA president and fellow actor Ken Howard, who praised his leadership skills despite not sharing his political beliefs.

Ned Vaughn Is A Member Of