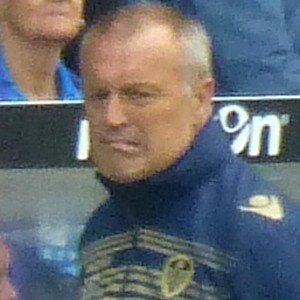 English former soccer player who played as a midfielder for numerous clubs, including Oldham Athletic, Scarborough and Bradford Park Avenue. He alter became the manger of clubs like Northwich Victoria and Leeds United.

He was born in Dewsbury and began his career with the Bolton Wanderers in 1982.

He led Barnsley to its first-ever FA Premier League promotion in the 1996-97 season.

He married Susan Roberts in 1985. His father is former soccer player Brian Redfearn.

He has managed goalkeeper Marco Silvestri at Leeds United.

Neil Redfearn Is A Member Of