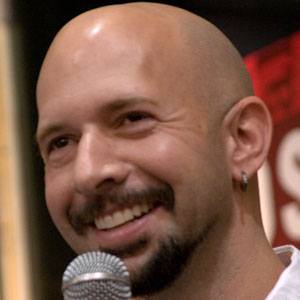 An American journalist and author, he is known for his bestselling self-help book, The Game: Penetrating the Secret Society of Pickup Artists (2005). His other works include Rules of the Game (2007) and Everyone Loves You When You're Dead: Journeys Into Fame and Madness (2011).

He studied at both Vassar College and Columbia College. Later, he began writing for Ear, an avant-garde magazine.

His work, The Game, a book about pickup artists, rose to the #1 bestseller spot on Amazon immediately after its release.

He was born in Chicago. He was romantically involved with Lisa Leveridge, the guitarist for The Chelsea.

He co-wrote non-fiction works with Marilyn Manson and several other artists.

Neil Strauss Is A Member Of