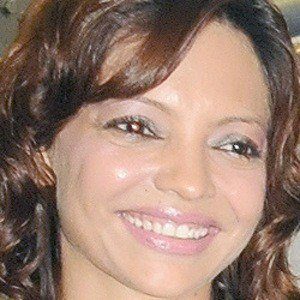 Fitness expert and lifestyle coach who rose to fame for the release of her books I'm Not Stressed and Shut Up and Train. She has also released several fitness DVDs including Unleash which she made in collaboration with actress Bipasha Basu.

An occasional fitness model, she has graced the cover of Femina Magazine.

In 1994, she married businessman Chikki Panday and the pair had two children, Alanna and Ahaan.

Her brother-in-law, Chunky Pandey, is a well-known Bollywood film star.

Deanne Panday Is A Member Of